The following article was published in January 1889 in the third volume of the Monthly Chronicle of North Country Lore and Legend and is concerned with the “Sunderland Babbies”.  Read on to find out more.  Also check out this article in the Sunderland Echo.

Let’s hope the funding comes through! 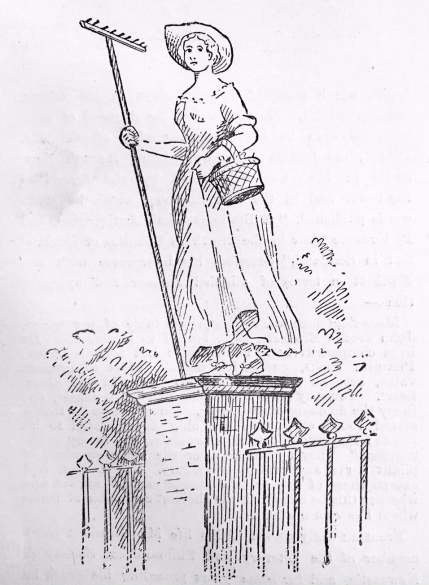 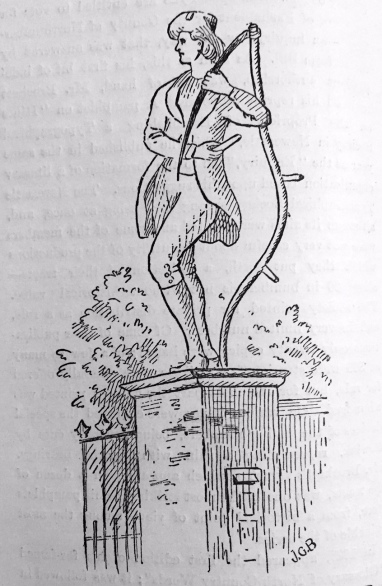 Babbies was the popular name given to two life-sized leaden figures which for many years formed the chief attraction and land-mark in Broad Street (now Roker Avenue), at the junction of Fulwell Lane and Church Street, Monkwearmouth. The house with the garden pillars thus ornamented was once a very pleasant residence, remarkable for having a clock and bells, and was occupied in its later days by “Gentleman John,” a soubriquet which clung to Mr. John Smith, shipowner, all through his successful career from a blacksmith to a capitalist. But previous to this it is said to have been the residence of the great-grandfather of the late Mr. George Cooper Abbes, of Cleadon Hall, who purchased the two figures’ which had been brought over from Germany (with ten more) by some speculative skipper, and set them up to adorn the entrance to his house. The other figures found their way into the hands of different gentlemen in the County Palatine, and most of them have probably long ere this been melted down for the sake of the lead. The duty on lead, in the shape of ore, was four pounds a ton a hundred years ago, whereas the Babbies, being “works of art,” would be admitted either duty free or for a comparatively small charge.

Between sixty and seventy years ago, the Broad Street mansion (or, as some say, the house next to it) was occupied by a Scotchman of the name of Rae who kept a genteel school in it, which was attended by the children of the principal Sunderland families the Kennicotts, Robsons, &c. Mr. Rae’s wife was the sister of a Miss Gilbert, the mother of the celebrated Lola Montez, whose real name was Eliza Gilbert. Eliza, whose father is said to have been an officer in the British army serving in India, was sent home from the East while yet a mere child, and boarded with Mr. and Mrs. Rae, from whom she received the elements of a good substantial English education. She had for her schoolfellows many who, when she afterwards became world-famous, remembered her as a very interesting, clever, pretty girl.

A few years ago, the Babbies were presented to the Roker Park, where they may now be seen; but it is proposed to place them on the pillars at the entrance from Roker Promenade when the gateway shall have been completed. The style of dress denotes the figures to be of German or Dutch manufacture. The scythe which the man is represented in the act of sharpening, is the Flemish or Hainault scythe, with which a good workman could cut an acre of corn easily in a day, and which was introduced into this country by some enterprising farmers about fifty years ago, to take the place of the Irish scythe-hook, which had itself supplanted the old toothed hook or sickle, all to be rendered obsolete in their turn by the reaping machine.